J.J. Abrams Will Not Direct The Next Star Trek Movie

Although an official announcement has not yet been made, a recent interview with the director has confirmed our suspicions: J.J. Abrams will not be directing the next Star Trek movie. Yesterday, Mr. Abrams and Simon Pegg sat down with Collider to promote the Blu-ray/DVD release of Star Trek Into Darkness, and when the conversation turned to sequels, Abrams was quick to point out that he wouldn't be leaving the franchise entirely. "It's a little bittersweet," he said. "But, I will say that I'm going to be producing the movie. Whomever it is that directs the film will be someone we all know is going to keep the cast and crew in good hands."

In a separate interview with HitFix, Abrams mentioned Rupert Wyatt as a possible replacement. Wyatt's resume includes Rise of the Planet of the Apes and a 2008 film called The Escapist, so we obviously dig his work. "He's incredibly talented," Abrams said, "and we'd be lucky to have someone as talented as Rupert. But there are things we're focusing on right now before the director, which is just sort of the fundamentals of where the story is gonna go." Wyatt's name isn't the only one being tossed into the hat, though, and it'll definitely be interesting to see how the process unfolds. But I, for one, am happy to see that Mr. Abrams and Paramount Pictures are concentrating on the storyline before worrying about who's going to sit in the director's chair. 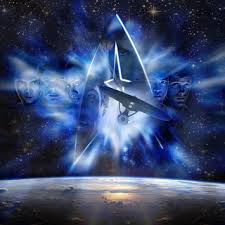 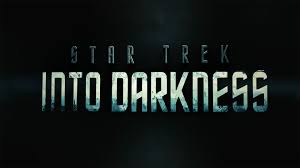 Posted by Unknown at 7:47 AM No comments: 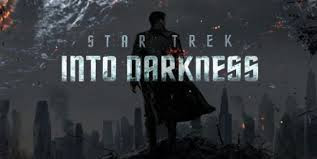 Combine genre golden boy J.J. Abrams, a returning cast of proven characters, and what might have been the worst-kept secret in the history of Hollywood, and the result is the box-office success that is "Star Trek Into Darkness." The second installment in the reboot was met with approval from fans new and old. Life-long Trekkies could appreciate the winks given to the original series, while newer fans were enthralled with the charismatic characters.

"Star Trek Into Darkness" brings back the pairing of Chris Pine's Kirk with Zachary Quinto's Spock. Much of the movie delves into the growing relationship between the two men, although Abrams delivers that theme through the frame of constant action and intrigue. The movie begins, appropriately, with the rebellious Kirk breaking a Starfleet rule. Despite the fact that the action saved Spock's life, the Enterprise is ordered to return to Earth, where Kirk is stripped of his command.

When an inside man threatens the safety of the entire fleet, Kirk is appointed to chase him down. Thus begins a cross-world action adventure that will test the bravery, commitment, and skills of the entire Enterprise crew. The action includes all the fan favorites, such as Zoe Saldana as Uhura, Simon Pegg as Scotty, and John Cho as Sulu. Bones (Karl Urban), Chekov (Anton Yelchin), and Admiral Pike (Bruce Greenwood) also return. The cast gives great performances all around, though Simon Pegg outshines the others slightly with his witty version of Scotty. 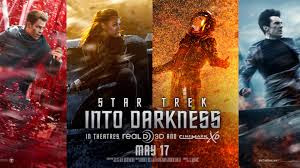 Though Pine and Quinto are certainly the stars of the show, they are given a hard run by newcomer Benedict Cumberbatch. The actor, who is well loved for his portrayal of a modern Sherlock Holmes, was the subject of fan rumors throughout production for "Star Trek Into Darkness." The cat was out of the bag early on that Cumberbatch would play the role of the infamous Khan, but Abrams refused to confirm the specifics.

Cumberbatch plays rogue Starfleet agent John Harrison, who does turn out to be an alias for Khan. Cumberbatch stepped into large footsteps with the role, as Ricardo Montalban's portrayal of Khan in "The Wrath of Khan" is iconic, especially among longtime fans. Consensus among reviewers is that Cumberbatch pulled it off; his low, edgy voice and phenomenal acting created a villain that was the perfect contrast to the Pine and Quinto pairing.

As can be expected from a movie that involves a huge cast, numerous moving parts, and big action, the story itself was somewhat simple. The overall theme involves good guys working for bad guys without realizing it until something goes terribly wrong. Although that's not an innovative concept, when you place the theme in the same world as the USS Enterprise, you get a rollicking few hours of fun, some great character development, protagonists you can root for, and a villain worth rooting against. As with many Abrams projects, the strength of the writing is often seen in witty banter and dialogue.

Amid all the eye-popping action, enjoyable dialogue, and character growth, Abrams plants a few Easter eggs for the true Trekkie. "Star Trek Into Darkness" includes plenty of nods to the 2009 installment in the same storyline, but some tidbits date further back. Those who watch closely will see references to iconic concepts and characters, including tribbles. A few minor members of the cast can even be recognized from previous "Star Trek" television series.

Overall, Abrams has done a dashing job with the film. He avoids all the standard pitfalls associated with a second movie in a series, pleases both new and old fans, and leaves the viewer ready for a third go at the Star Trek universe. Fans leaving the theater are likely to look forward to Abram's work in the upcoming Star Wars film and hope that he will be contracted for any future work with Star Trek.

"Star Trek Into Darkness" is worth the extra cost at the box office. Anyone who is a fan of J.J. Abrams, a long-time lover of all things Star Trek, or a new fan brought on board by the 2009 film will want to see this one in theaters. The film, which is available in both 2-D and 3-D, delivers enough action to keep the most jaded moviegoer awake. The 2-D and 3-D versions both draw viewers into the story, making either one a viable option. Although parents might want to review the movie before taking little ones, the story is appropriate for preteens and teens, making it a great choice for a family outing.

Posted by Unknown at 5:37 AM No comments: